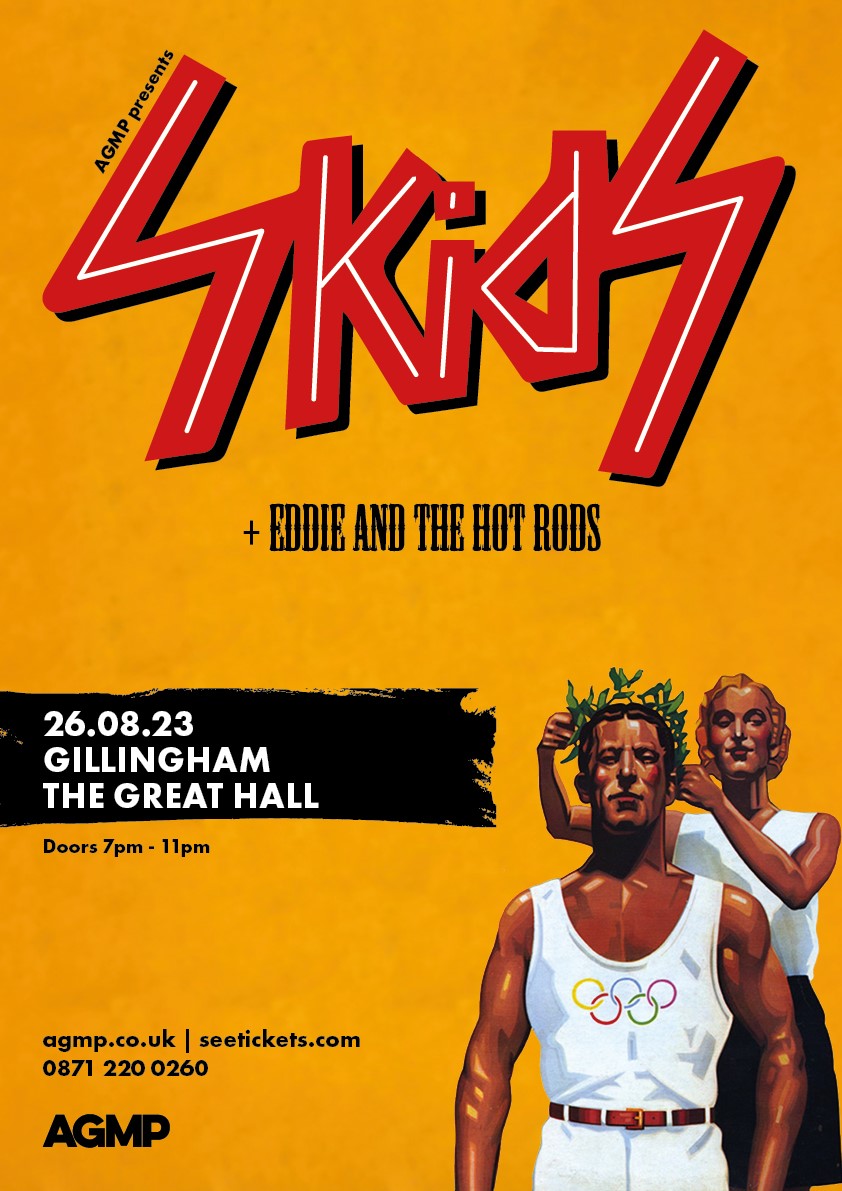 The Skids formed in 1977 in their home town of Dunfermline, Scotland by Richard Jobson, Stuart Adamson, Bill Simpson, & Tom Kellichan. After releasing an independent single the band were played by BBC Radio One’s John Peel, supported The Clash in concert and then were signed to Virgin Records in 1978. Their first singles were “Sweet Surburbia”, “The Saints are Coming” and “Into the Valley” – the latter reaching the UK Top Ten in early 1979.

Their seminal debut album “Scared to Dance” came out in 1979 which was quickly followed by two chart singles – “Masquerade” and “Working for the Yankee Dollar“. Both singles were taken from the Bill Nelson produced second album “Days in Europa“. The album also featured new member Rusty Egan of Rich Kids & Visage fame after the departure of Tom Kellichan. The band released two more albums “The Absolute Game” (1980) and “Joy” (1981) before splitting.

Eddie and the Hot Rods began life in 1976. They had three hit albums and four top forty UK singles including the Top Ten hit ‘Do Anything You Wanna Do’. They have toured alongside Ramones, Tom Petty, The Police, Squeeze and Talking Heads.